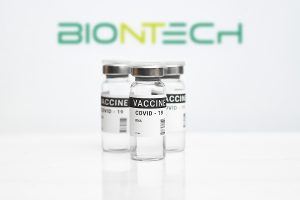 How rich is Ugur Sahin?

Uğur Şahin came to Germany from Turkey as a child. He completed both his Abitur and his medical studies with honors. In the 2000s, he and his wife Özlem Türeci founded two companies – including BioNTech, which developed the world’s first vaccine against COVID-19 in 2020. The assets of its founder also benefit from the company’s stock market success. The cherished Uğur Şahin’s net worth is 8.37 billion euros.

With the sale of his company Ganymed Pharmaceuticals in 2016, Uğur Şahin earned a considerable amount of money. The purchase price was 422 million euros, which can add up to 860 million euros after certain goals have been achieved. beginning In 2020, the physician’s private fortune amounted to 650 million euros. Thanks to the success of his company BioNTech, it then rose even further and multiplied into the billions. Since Şahin holds 17.3 percent of BioNTech shares, he became a multi-billionaire and is now among the richest people in the world.

From immigrant to excellent doctor

In 2000, Uğur Şahin became a visiting scientist at the Institute for Experimental Immunology at the University Hospital Zurich. In the same year he went to the Johannes Gutenberg University Mainz and subsequently took on various managerial positions in the university medicine department there. He and his partner Özlem Türeci also founded Ganymed Pharmaceuticals in 2001. This developed a monoclonal antibody that is supposed to fight stomach and esophageal cancer. Ganymed Pharmaceuticals was sold to the Japanese company Astellas in 2016 for a base amount of 422 million euros. Up to 860 million euros are added to the sales price, the payment of which depends on the success of the antibody developed. With this exit, Uğur Şahin was able to build up a huge fortune.

Foundation and success of BioNTech

Şahin and Türeci, who married in 2002, founded BioNTech RNA Pharmaceuticals GmbH with Christoph Huber in 2008, based in Mainz, Germany. The company soon took over other companies, began developing mRNA-based drugs, and entered into many different collaborations. Subsequently in 2019 the company was converted into an SE and was listed on the American stock exchange. 17.3 percent of the BioNTech shares remained with Şahin.

At the beginning of 2020, the efforts of BioNTech on the development of a vaccine against the infectious disease COVID-19 caused by the coronavirus. The vaccine was then manufactured in cooperation with the American pharmaceutical company Pfizer. Under the name Comirnaty, it was approved by the World Health Organization (WHO) and the European Union as well as by over 45 countries in 2020.

In July 2020, the US ordered 100 million doses of the vaccine and secured an option for an additional 500 million doses. By February 2021, the EU had bought a total of 500 million cans. The price per dose was around 16 euros. the BioNTech’s successes also boosted the value of the company’s shares. While this was below $ 15 in October 2019, it rose to more than $ 170 per security in April 2021. As a shareholder with a 17.3% stake in the company, Uğur Şahin benefits enormously from this increase in value. As a result, his fortune has grown many times over and he went from millionaire to billionaire.