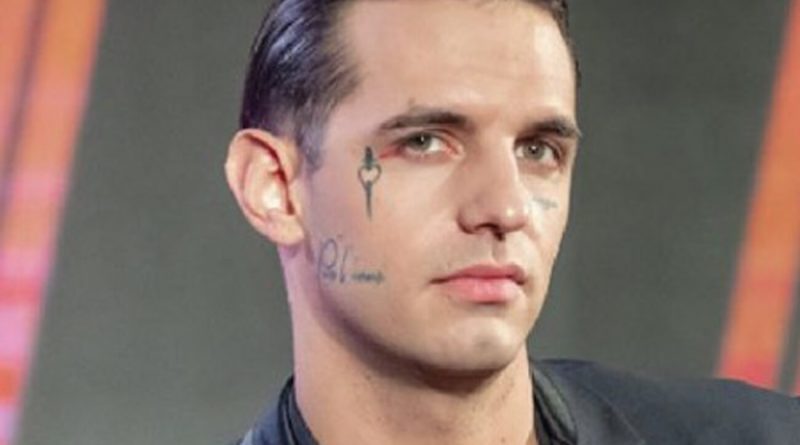 Achille Lauro, stage name of Laurel De Marinis, it’s a Roman singer highly regarded for being eclectic and for his rock songs. Currently it ranges from trap to rock but Achille Lauro began his career starting from rap music. He participated in Sanremo 2020 ranking in eighth place e has published two books. He is engaged to a tattooed girl named Federica. Attend Sanremo 2021 as a regular guest.

Who is Achille Lauro?

Achille Lauro was born in Rome on 11 July 1990 and his registry name is Lauro De Marinis. As a child he lived in the popular areas of the capital: Serpentara, Vigne Nuove and Conca d’Oro. According to what we read on the web, he did not have a very easy childhood, so much so that at the age of 14 his parents decide to move, leaving the future singer in the hands of his older brother. In these years Achille Lauro approaches Rap music, thanks also to the fact that his brother is part of the Roman rap collective “Quarto Bloc”. The first albums reach the hoped-for success and later participate in Beijing Express, becoming known to most In 2019 he participates in the Sanremo Festival with his single “Rolls Royce”. Guest at Domenica In by Mara Venier tells an anecdote of adolescence:

“When I was twelve my mother found me in my room while I was writing poetry and lyrics. It was a kind of self-analysis, I understood who I was, I knew myself. At that moment it was not music, but life. I was lucky enough to immediately understand what I liked to do “

Achille Lauro could be engaged to a brunette girl named Federica. The two were photographed by the weekly “chi” in complicit attitudes at his birthday party. In fact, for his 30 years Achille has reserved a bathing establishment in Sabaudia, inviting friends and relatives. From some comments available on Instagram it seems that the two have been together for some time even though Federica and Achille’s will is to keep their relationship secret.

Achille Lauro has 1 million and 300 thousand followers on Instagram. In his profile we can see photos that portray him in one of his many transformations, many artistic shots and no mention of everyday life. 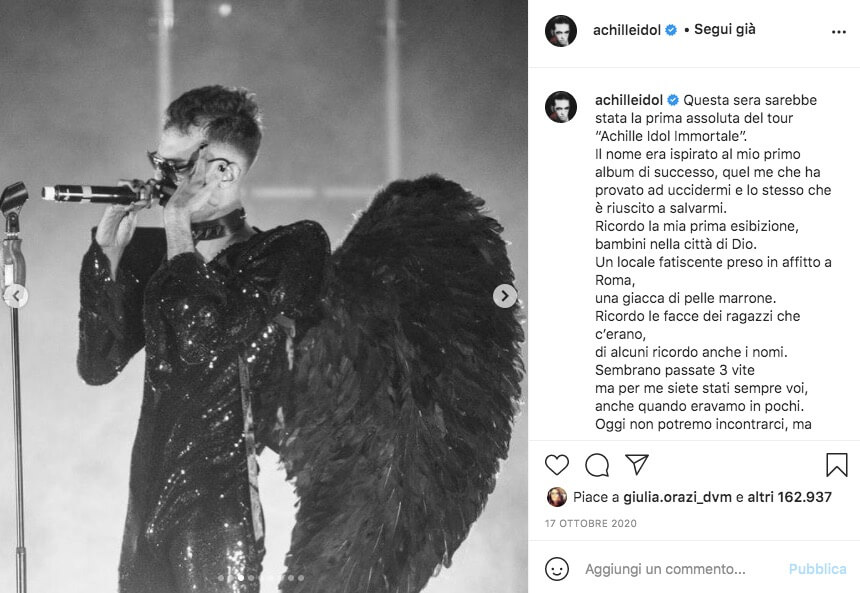 Achille Lauro is a singer who made his debut in the rap context but who lately has approached rock and trap. After his parents move out and he starts living alone with his older brother, he develops an interest in music. at the beginning he wrote songs of denunciation and in 2012 he released his first mixtape “Barabbas“. Achille Lauro released his first album two years later, a successful album full of references to the rap scene and his experiences: Achilles Idol Immortal. In 2015, “God exists”With a hip hop sound that ranges from different themes: from drugs to marginalization. In 2017 he participates in Beijing Express, paired with Boss Doms.

The docu-reality conducted by Costantino della Gherardesca it was a springboard for many characters and a confirmation for others, such as: Paola Caruso, the Marchesa Daniela d’Aragona, Tina Cipollari etc. Between 2018 and 2019 Achille Lauro publishes the album “Pour amour“And a year ago he participated for the first time in Sanremo with the song”Rolls Royce“Also duet with Morgan. In the same edition of the festival another singer also emerges: Ultimo.

The 19 February 2021 a new single by Achille Lauro is released entitled “Solo Noi”: the song anticipates a new album of unreleased songs that sees the light in spring.

Dedicated to my generation. Ageless, crazy, reckless, immoral generation, without freedom, but at the same time free

In the summer of 2021 Achille Lauro together with Fedez and Orietta Berti launch the song One thousand, which went gold in a few days and thus proved to be a great success.

Achille Lauro he is also a writer and has published two books: the first released on January 15, 2019, an autobiography entitled “I am Hamlet”. On 19 May 2020 Achille Lauro publishes his second book entitled: “March 16 – The Last Night” a less autobiographical book than the first, oriented to the novel and poetry where Achille Lauro does not fail to look inside and takes the reader on a journey aboard the Delorelan machine – the machine of Back to the Future.

Achille Lauro is one of the regular guests of the Sanremo 2021 Festival conducted by Amadeus. He offers monologues, creations, “paintings” interpreted by him. Together with him as conductors Matilda De Angelis, Alice Campello, Elodie and co-host Luca Argentero. Also present was Giovanna Civitillo, wife of Amadeus.

Achille Lauro during the first evening of the Festival he recited a monologue dressed in a glam rock style, where the words were recited while fake tears of blood fell from his face. Here is the full text of Achille Lauro’s monologue:

I am a face covered in makeup. The tear that ruins him. The veil of mystery over life. I am the loneliness hidden in a stage costume. Sexually everything. Generally nothing. Exaggeration, theatricality, disinhibition. Luxury and decadence. Sin and sinner. Grace and blessing. A song that becomes nudity. It is the artists who undress, And let anyone who can spy in their bedrooms and in all the rooms of the psyche. To exist is to be. Being is everyone’s right. God bless who he is

Achille Lauro sang during the first evening of the Sanremo Festival but it is not his song that attracts attention as much as the outfits chosen by the artist. The first is a dress that wants to be a representation of the goods by St. Francis. His song “Me ne Frego” was ranked eighth.

Achille Lauro is the real protagonist of Sanremo 2021 thanks to her eccentric and meaningful looks. During the prime time of 2021 he showed up with a glam rock look, made up with pink feathers and blue hair with fake tears running down his face.

During the early evening Achille has stripped of his cloak to remain only with a flesh-colored jumpsuit to recall the expropriation of the assets of Saint Francis. He himself clarified the reference to the holy friend of nature: “Saint Francis.
The famous scene attributed to Giotto in one of the stories of San Francesco in the upper basilica of Assisi. The most revolutionary moment in his history in which the saint stripped himself of his clothes and all material goods to vote his life on religion and solidarity. “

In the second evening instead Achille Lauro took on the role of Ziggie Stardust, alter ego of David Bowie. A choice that wants to represent freedom, creativity. During this evening he sang “Men do not change” by Mia Martini.

During the third evening Achille Lauro was inspired by the “The divine Marchesa Luisa Casati Print, Inspirational muse of the greatest artists of his time. Great patron, performer before performing art and living work of art. ”

In the final evening of the Achille Lauro festival personified “Elizabeth 1 Tudor, virgin bride of the country, of the people, of art and defender of freedom ”as we can read on her Instagram profile.

Achille Lauro will be officially one of the guests fixed of Sanremo 2021. It was revealed by the Artistic Director Amadeus who added that Lauro will be a guest of the 71st Sanremo Festival bringing a different one every night author’s work on the stage of the Ariston. Together with him they will be on the stage of the Ariston as conductors and guests too Fiorello, Luca Argentero and Elodie.

Below is the TEXT of the song:

You go in as if it were nothing
As if I weren’t you
You leave when there is nothing left
Nothing more of me
You go, slam the door and meanwhile
I understand already you’re leaving
You say “I don’t cry anymore for you now, you do it”

What do you know, they never told you no
You who do not know what they are and cannot

What do you know, they never told you no
You have never cried
And you don’t know what they are and you can’t
You don’t care so much

I’m leaving like I’m crazy
Yes, crazy for you
I’m leaving because I feel like it a little
A little bit why
Because for you love lasts a year
Because you only know how to delete it
You just want those who are no longer looking for you, like me

What do you know, they never told you no
You have never cried
And you don’t know what they are and you can’t
You don’t care so much