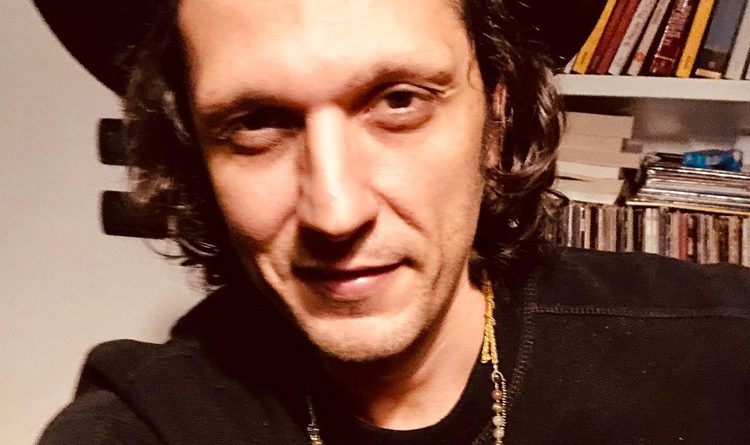 Ermal Meta it’s a songwriter and author from Albanian origins became famous as a member of the group Camilla’s Hunger and for his victory at the Sanremo Festival in 2018. In 2021 he participated in the competition in Sanremo with the song A million things to tell you, finishing third in the final standings. Won the Giancarlo Bigazzi Award for the Best Musical Composition, awarded by the Festival Orchestra.

Who is Ermal Meta?

Ermal Meta was born in the city of Fier, 100 km from the capital Tirana, in Albania, a place with important archaeological sites such as that of Apollonia, Bylis and Ardenica. He moved to Bari at the age of 13 with his mother Fatmira, his brother Rinland and sister Sabina. He is not the only one in the family with a passion for music, his mother is in fact the first violin of the Fier orchestra. However, he cuts off any relationship with his abusive father. At the age of 16 he starts playing the piano and guitar.

Ermal Meta he is very active on social networks, especially on his Instagram profile where he interacts with his 579,000 followers. His fans can see small glimpses of his private life such as sweet moments with his girlfriend Chiara, with Fiorello and Giuliano Sangiorgi of the Negramaro, the images of the holidays with friends and granddaughter Miria. Besides, of course, the photos of his concerts. 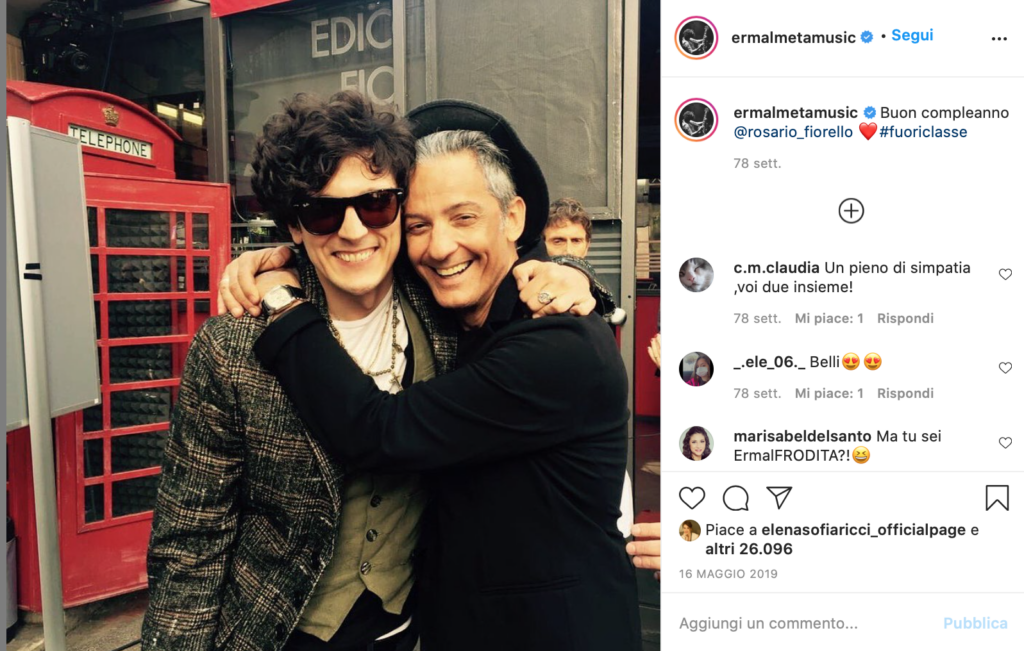 Become part of the Ameba 4 who in 2006 participate in the Sanremo Festival. After recording their first and only album, the group chose themselves and in 2007 Ermal founded La Fame di Camilla. Together with Giovanni Colatorti, Dino Rubini and Lele Diana he recorded three albums, with songs in both Italian and Albanian, until their dissolution in 2013. In six years of activity La Fame di Camilla participated in the Sanremo Festival and performed at the Heineken Jammin ‘Festival, playing on the same stage as Aerosmith, The Cranberries and Stereophonics.

In 2014 he made a song for “Braccialetti rossi”, a television series produced by RAI 1. The series tells the story of a group of young people suffering from various diseases who find themselves in a hospital where they make friends. In the same year he released his first single as a solo singer “Letter to my father”, a violently honest song dedicated to the parent. Collaborate with Niccolò Agliardi on another song for “Braccialetti Rossi 2” and Marco Mengoni on the drafting of some passages of the latter. He also signs the song “Extraordinary” that Chiara Galiazzo presents at the Sanremo Festival in 2015. Thus continues his collaborations with the greats of the Italian music scene, Francesco Sarcina of Le Vibrazioni, Emma Marrone and Elisa.

2016 saw the release of Ermal’s first studio album called “Umano” and the following year he participated in the 77th edition of the Sanremo Festival with the song “Forbidden to die” from the second album, of the same title. Two weeks after the festival, the song rises to the first place of the best-selling albums in Italy. Meanwhile, Ermal is chosen as a judge on the talent show Friends by Maria De Filippi and in November of the same year Meta wins Best Italian Act at the MTV Europe Music Awards 2017.

As a reaction to the terrorist attack in Manchester at the Ariana Grande concert, Ermal Meta together with Andrea Febo writes “You did nothing to me” which he presented at the Sanremo Festival paired with Fabrizio Moro. The song wins the event and Moro and Meta are thus designated to represent Italy at theEurovision Song Contest in Lisbon, where they finish fifth.

In 2017 he took part in Sanremo and finished third. In this edition conducted by Carlo Conti and Maria De Filippi he also participates Lodovica Comello, later won by Francesco Gabbani. In 2018 wins the 68th edition of the Sanremo Festival with the song “you did nothing to me” a text dedicated to the scourge of terrorism.

Ermal Meta after having participated and won in previous editions of the festival, is also a competitor of Sanremo 2021 where he brings his new unreleased song “A million things to tell you”. In the evening dedicated to duets and covers of Sanremo 2021, Ermal Meta sang “Caruso” by Lucio Dalla together with the Napoli Mandolin Orchestra, winning the evening.

The artist, with the song A million things to tell you, Yes is ranked third in the final ranking of the event, and won the Giancarlo Bigazzi Award for the Best Musical Composition, awarded by the Festival Orchestra.

Text A Million Things To Tell You Ermal Meta

Unnamed I, Unnamed you
And talk until we no longer need a name
Without haste me, without haste you
We touch each other delicately
To understand a little more
We are like two stars who escaped the morning

Ermal Meta had a relationship of over 9 years with the radio speaker Silvia Notargiacomo, but in 2018 the relationship breaks. Ermal keeps the reasons for the break private. Since April of this year, a new flame has been burning in his life. Is called Chiara Sturdà, is a marketing manager and asports agent for Top Player Company with a passion for volleyball. The two also have passed the quarantine together!