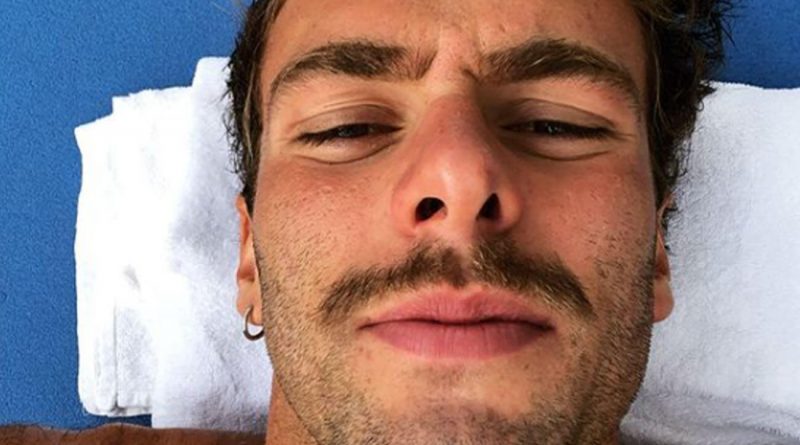 Gregorio Paltrinieri is a 26-year-old Italian swimmer, originally from Carpi, silver medal in the 800 freestyle at Tokyo 2020 Olympics.

Paltrinieri was already Olympic gold medal at the Rio de Janeiro 2016 Olympics in the 1500m freestyle. Three times world champion, he holds the world record in short course and the European record in long course.

Who is it Gregorio Paltrinieri?

Gregorio Paltrinieri was born on 5 September 1994 in Carpi, in the province of Modena. Before even taking his first steps, Gregorio begins to swim: at 3 months his parents enroll him in the first aquatic courses, and his father, a former competitive swimmer, trains him in the Novellara swimming pool, until Gregorio moves to the Federal Center of Ostia, followed by Stefano Morini (Gabriele Detti’s uncle and coach). Up to 12, Paltrinieri is a specialist in the breaststroke category, and from 13 he specializes in freestyle. He swims for the Coopernuoto company and since 2012 also for the State Police. He imposed himself on the national sports scene in 2011 when he won the Sette Colli Trophy, realizing the best fourth performance ever in the 1500 m freestyle. Olympic champion at the Rio de Janeiro Games, Gregorio holds the world record in the 1500m, and several records at national and European level. Take part in the Tokyo 2021 Olympics, in the 800 and 1500 m freestyle and in the 10 km cross-country skiing.

Gregorio Paltrinieri began to get noticed in 2011, when he made the fourth best performance ever in the 1500m freestyle, winning the Sette Colli Trophy. In the same year he participated in the European Youth Championships in Belgrade and in the World Youth Championships in Lima, getting on the podium both times, specifically:

Gregorio made his debut at the 2012 London Olympics on August 3, making his second best performance ever in the 1500m freestyle, then finishing fifth in the final also due to a muscle pain in his shoulder that affected his performance. Also in 2012 he took part in the World Championships in Istanbul and in the European Championships in Chartres, and brought home: 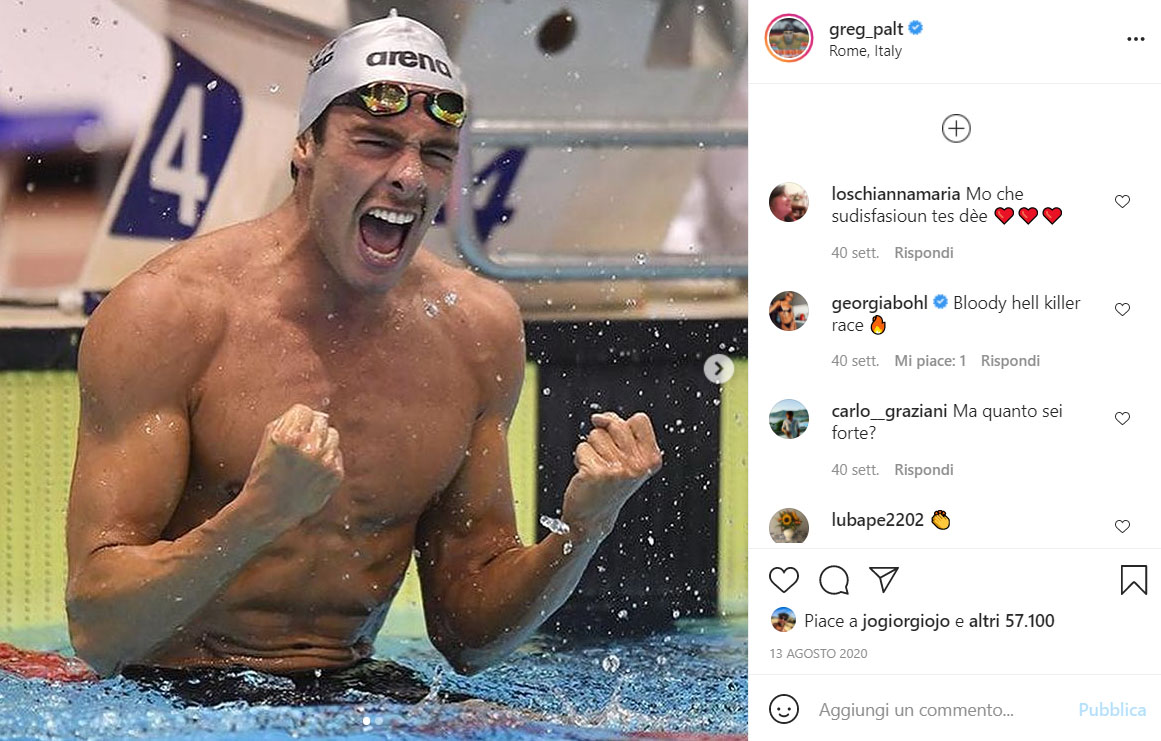 After winning gold in the 1500m and silver in the 800m freestyle at the 2015 Kazan World Championships, Gregorio Paltrinieri is ready for his second Olympics, Rio de Janeiro in 2016. Wins gold in 1500m freestyle, and on the podium he is together with Gabriele Detti (bronze medal). Together with Domenico Fioravanti and Davide Rummolo (Sydney 2000), together also on the Olympic podium, the presence of Detti and Paltrinieri on the same, makes them enter the history of Italian swimming.

Gregorio from 2019 to 2021 collects other great successes.

At the 2019 Gwangju World Championships he wins:

Take part in the European Championships in Glasgow 2019 and in Budapest in 2021, and take home:

During his brilliant career, Gregory was awarded various awards and honors, such as:

Gregorio Paltrinieri takes part in the Tokyo 2021 Olympic Games, winning an unexpected silver in the 800 freestyle. He also competes in his specialty, the 1500m freestyle and the 10km cross-country skiing. Scheduled for the year 2020, the Olympics have been postponed due to the COVID-19 pandemic. Italy presents great athletes at the Tokyo 2021 Olympic Games including:

Gregorio Paltrinieri will go into the water on July 27 for the 800 style together with Gabriele Detti, while the July 30 will compete in the batteries of 1500 freestyle meters. Finally “Super Greg” will be competing in open water on 5th August for the 10 km of cross-country skiing.

Despite being open and jovial, and one of the hottest athletes in recent years, Gregorio Paltrinieri remains very jealous of his private life.

Gregorio Paltrinieri has been linked since 2012 with Letizia Ruoli, born in 1995 and also originally from Carpi. They met during the 2012 London Olympics. He lives in Ostia where he trains, and she studied and lived in Modena, where in 2019 she graduated in Medicine and Surgery. However, upon returning from the Tokyo 2020 Olympics, it turns out that “Greg” and Letizia have split up and the handsome swimmer is having an affair with Rossella Fiamingo, fencing champion who won a bronze in the team competition at the Tokyo Olympics!

Beloved and very popular, Gregorio Paltrinieri’s instagram profile boasts 268,000 followers. The numerous posts often see him engaged in competitive activity, but also in excerpts from daily life or even with well-known friends, such as Alessandro Borghi.

Here is the interview given to Fabio Fazio on the program What’s the weather like.