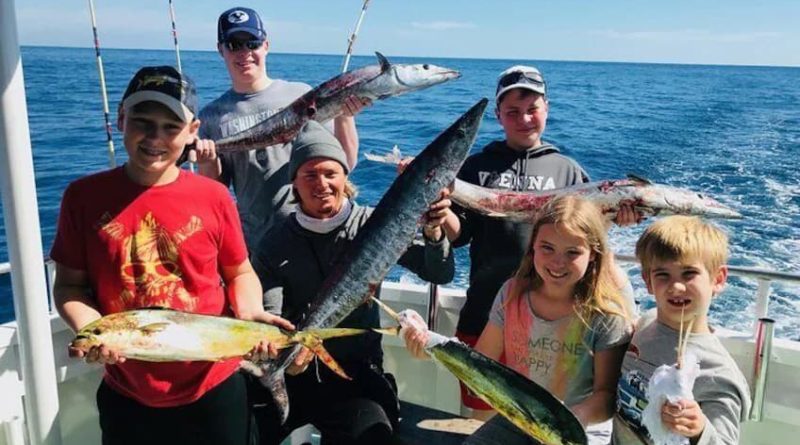 Key West is a rare place where you can burn through a bucket list or catch a personal record in just a few hours. Being the furthest west of all the Florida Keys puts it in the perfect position to take advantage of both shallow and deep water fishing. The deep sea fishing in Key West was first made famous by Ernest Hemingway, who spent a lot of time fishing the waters between Key West and Cuba; the “the great blue river” as he called it.

The tropical weather, over 125 miles of islands, and seemingly endless ocean make Key West a “must go” fishing spot for every angler. Easy access to both the Gulf of Mexico and the Atlantic Ocean makes Key West a great spot to catch a wide variety of fish. Key West is far enough south that the weather is always warm, and the coral sand beaches make it a tropical island paradise year-round.

The Keys include other popular fishing destinations like Islamorada, Marathon, Big Pine Key, Key Largo, and many more. Over time these islands have earned a reputation for having some of the best fishing in the world and adopted the title of the “Fishing Capital of the World,” and Key West is no exception.

Types of Fishing in Key West

Offshore fishing can usually be broken up into three categories: Inshore, nearshore, and offshore. Inshore fishing happens in the shallow water right by the land, offshore fishing takes you miles off the coast, and nearshore is everywhere in between. Key West is unique in that some of the big offshore species can be found close to land, so inshore and nearshore and fishing is usually combined into one category.

Inshore fishing in Key West is one of the main reasons people visit the island. The world-famous bays, flats, islands, and sandbars surrounding Key West make a perfect recipe for targeting a variety of inshore and shallow-water species. On most days, the water is clear enough to see plenty of fish right from the boat, and if you’re comfortable with your rod skills you can cast right at them.

The quality of fishing doesn’t end when you head further out to sea. For those looking to leave land behind, deep-sea fishing in Key West offers ample reefs, wrecks, and other seafloor structures for endless fishing. Trips like these are perfect for thrill-seeking travelers; Deeper water means bigger fish!

For the fly fisherman, there is no better place to sight fish for your bucket list species than Key West. Throw the right casts and you just might catch the Key West Grand Slam – Tarpon, Bonefish, and Permit – all in a single day.

Located 75 miles West of Key West, Dry Tortugas is home to amazing sportfishing, gorgeous coral reefs, and a ton of ocean research. Sometimes to find the biggest fish you have to head to remote areas and this is one of the best places to do that. The remote Dry Tortuga National Park comes with once-in-a-lifetime views. Home to seven islands and even the massive coastal fortress that is Fort Jefferson, it’s a sight to be seen for sure, and boasts a huge variety of exciting fish species

Head out from Key West and to this exciting destination just 20 miles south from Marathon Key. The Marathon humps are a series of peaks and valleys ranging from about 1100 ft to 450ft below the surface. This beautiful spot is near the middle of the Gulfstream and has some of the best tuna fishing in the Keys. Jigging and trolling are the go-to techniques here that will give you the best shot at landing some trophy tuna.

Head 20 miles south of Key West to the wall to chase after some giant blue marlin then. The huge drop in depth from 900 to 2000ft will be your signal that you’ve made it. This deep water on the edge of the continental shelf is home to some of the most famous marlin fishing grounds in the world. Competitive anglers come here every year to try their hand at breaking the blue marlin record.

Species and Where to Find Them

Some of the most elusive and sought-after fish in the world are found just a short boat ride away in the inshore waters. Tarpon and Bonefish are what attract the most anglers, and these rare fish can be caught with some skillful casting. Of course, other inshore species inhabit these waters as well, like Redfish, Snook, Mangrove Snapper, Permit, Jacks, and Speckled Trout.

In only slightly deeper water, a variety of snapper species, grouper, sharks, and even barracuda can be found. There is an array of offshore reefs close to Key West where you can catch species including mahi-mahi, grouper, and various snapper species. Shark fishing near Key West is also fantastic and can be a blast on nearshore and deep sea trips. The diversity of fish here is hard to beat and makes for some of the best fishing in the world.

Deep-sea charters give you the chance to land prized sport fish like Marlin, Sailfish, and other elusive pelagic species like Swordfish. These trophy species are generally found from the Gulfstream to the east and south to Dry Tortugas. Increase your odds of sizing up the fish of a lifetime with an overnight night fishing trip out of Key West.

Most Popular Charters and What to Expect

You would be hard-pressed to find a fishing destination like Key West anywhere. People from around the world visit this island paradise to catch fish with various Key West fishing charters.

Legendary Key West flats fishing charters target some of the most coveted inshore species in the world (and if you want a change of pace, another hidden gem of an activity is Key West lobster charter snorkeling and spearfishing trips).

Key West has plenty of fishing charters for the deep sea angler: equipped with all the amenities needed for a half day or more on the water, large Key West sport fishing boats are the bread and butter of Key West deep sea fishing charters.

For the true sportsman, Captain Experiences offers over 60 fishing charters equipped with all the gear you need to land the pelagic monster of a lifetime.

Other Things to Do

Just as much of a tourist destination as a prime fishing spot, Key West is full of activities on the land. As you would expect, this tourist hotspot has an abundance of places to eat and drink. At the very least you will not go to sleep hungry but the opposite is more likely to be true. One of the best places to check out for some good eats is Seaside Cafe at the Maison where they are famous for their fresh seafood.

With so many options to choose from, a great meal or beverage is always just around the corner no matter where you are in Key West. Ernest Hemingway lived at least in part in Key West and spent much of his time out fishing. Now his old house has been turned into a museum and is an interesting stop for everyone whether they have read his work or not.