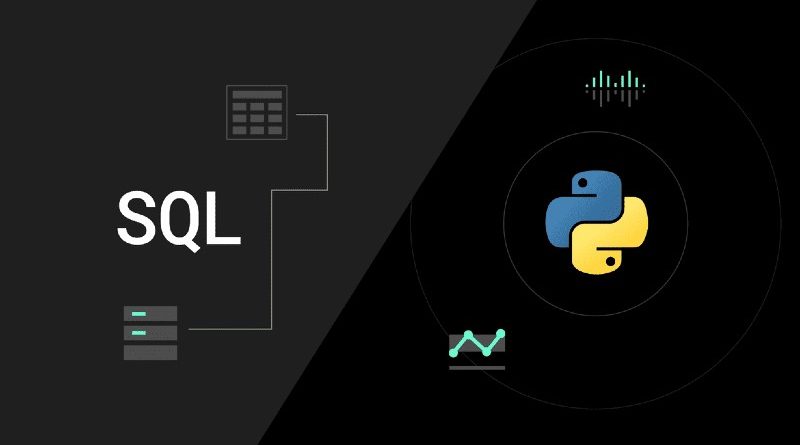 SQL (Structured Query Language) is a programming language that allows programmers to manage and retrieve data from databases, as well as design their own databases. Many businesses store information in relational databases, which employ tables, columns, and rows to arrange data and link data between tables. SQL is frequently used to create and maintain these databases.

SQL may also be used by developers to provide rapid data insights, execute data studies, and extract records from large databases. Data saved in databases may be used by web pages, apps, and business software packages. SQL course help developers deal with a variety of databases, including:

Python is a general-purpose programming language, which means it can be used for a wide range of applications. Back-end development, software development, and developing system scripts are just a few of the responsibilities. Python is commonly used by data scientists because of its simple syntax and widespread use in the industry, making it easier to work with other data scientists while creating data analysis tools.

Python has become one of the most popular languages for data exploration due to its flexibility to function on a variety of platforms and its emphasis on readability. Python-based software, apps, and programs are used in a wide range of sectors because of their adaptability. General web development, data analysis, and machine learning are among the applications for Python. Machine learning is a type of artificial intelligence that focuses on constructing computer algorithms that learn from experiences rather than human code changes.

The main distinction is that SQL is primarily used for accessing and extracting data, but Python is a general-purpose programming language that allows for data exploration. So, which language do you think you should study first? Let’s look at an example to see how they compare.

Assume you have a database table called “eateries” that contains data about a number of restaurants. There may be millions of entries in this table, each representing a separate restaurant. Name, city, address, prices, rating, contact information, and so on would be included in each row. Let’s compare how SQL and Python may be used to query this dataset.

The following lines, on the other hand, may be used to extract the same information in Python using Pandas:

You’ll see that the two languages are pretty similar in the example above. However, when we construct more complicated queries, things begin to change.

With just a few exceptions, we can demonstrate that SQL is usable in relational databases based on the reasoning presented above. For beginners, though, it may still be a useful tool. Many additional features have been added to SQL over the years to increase its object-oriented capability. On the other hand, Python is a flexible and dynamic programming language with a wide range of uses. Its vast reach may be ascribed to its large collection of data science python libraries, each of which serves a particular function.