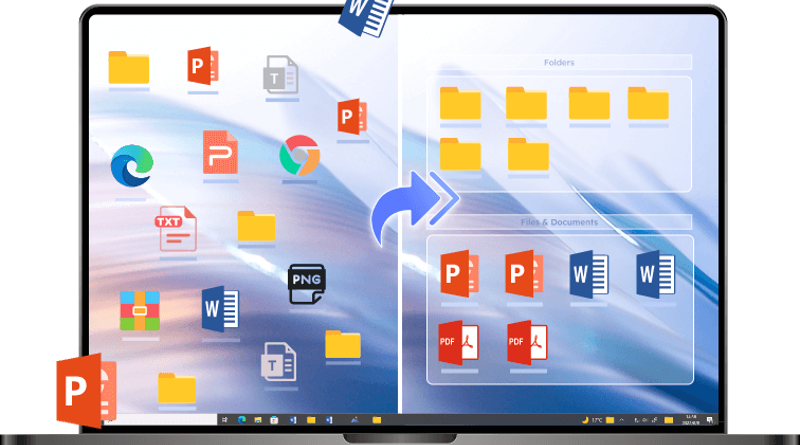 If your desktop is disorganized and difficult to navigate, the Stardock Fences alternative applications are the solution for you.

We’ve rounded up several other applications that make the same list but don’t cost a dime and are just as free to work with. Here, we will explain what they are and how to utilize them. For your Fences needs, pick the one that works best for you from the available options.

Similar applications to Stardock Fences can be found all over the internet, and the best part is that they don’t cost a dime to download and use. All of them serve different purposes and are equipped with unique features. Here is a rundown of some of the best free-list alternatives to the application.

If you’re looking for a free alternative to Fences, iTop Easy Desktop is your best bet. With iTop Easy Desktop, you can quickly and flexibly organize and manage anything on your Windows desktop. Get more done in less time by eliminating desktop clutter.

Everything you need to work is on the desktop, including documents, folders, images, and applications. It also creates desktop fences in the same vein as Stardock Fences, allowing you to organize your various files and folders better. Icons can be moved freely inside and between these fences, and their positions and styles can be customized. Desktop management in Windows is a breeze with iTop Easy Desktop, a free application that does a fantastic desktop of hiding clutter. If you’re having trouble finding a specific file on your desktop, this application can help you organize it quickly and easily.

Free software like Nimi Places makes it easy to move swiftly between several folders on a computer. It also creates desktop fences in the same vein as Stardock Fences and Tago Fences, allowing you to organize your various files and folders better.

As in the preceding example, it features a fence that stores all the shortcuts to your most-used folders. This helps Windows users swiftly move between folders without using File Explorer.

Contrary to what has been mentioned up to this point, SideSlide operates a bit differently. Although it lacks competing programs’ security features, it offers convenient shortcuts for moving about and storing your data. The most striking feature is the integrated Really Simple Syndication (RSS) feed reader, which allows you to keep up with all the newest headlines and blog posts in one convenient location.

This handy screen can be hidden from anywhere in Windows and provides quick access to frequently used features. Its movable docking panes and other shortcuts make it easy to access your files and folders.

Another free software that helps you organize the files and folders on your computer’s desktop is xLaunchpad. It’s not quite what you’d expect in terms of containers and fencing, but it does deliver something akin to a tablet experience. It monopolizes your desktop and organizes all of its contents. It also groups similar objects for simpler administration, such as shortcuts to similar files or similar file kinds. It’s all modifiable, of course.

In the same way as you would on a tablet or smartphone, the two dots at the bottom indicate that you can swipe between displays. You can enlarge the groups for easy access to their items. If you click on its icon in the system tray, you’ll be sent to a settings box where you can adjust various parameters.

One drawback of xLaunchpad is that it requires constant use of the Notification Tray icon. Therefore, any full-screen application must be minimized before this tool can be used.

RocketDock is a light yet helpful application that allows you to access and navigate your system quickly. When activated, a screen appears whenever the mouse is near its edge, making the function available with minimal effort. It can be hidden until needed so that it won’t clutter up your screen and is always there when you need it. It’s easy to use and can be aligned to the screen’s left, right, or center.

The app does help users go where they need to go quickly, but it doesn’t let them organize their shortcuts and icons into fences or folders. However, it’s excellent for those who like a streamlined screen and prefer shortcuts rather than mouse clicks.

Stardock Fences is a premium application, so it’s understandable if users don’t view it as a must-have. These applications aren’t for everyone, but for those who have used them before, they’re a godsend that eliminates the needless stress of using File Explorer.

Before investing in a Stardock Fences license, we suggest giving  iTop Easy Desktop  a try.