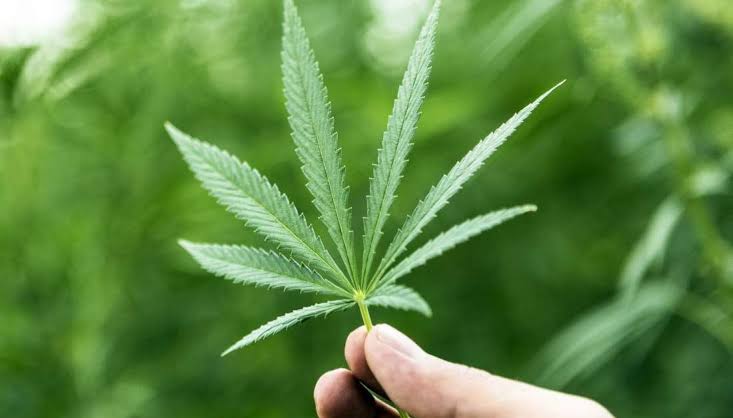 Cannabis, also known as weed, dope, or pot, is the dried leaves, flowers, cannabis seeds, and stems of the marijuana plant. People use this plant for medicinal and recreational purposes. For instance, some people use cannabis seeds for household or food purposes in the form of hemp oil or seeds.
This plant comprises over 100 compounds called cannabinoids. Tetrahydrocannabinol, or THC, is the most popular compound due to its mind-altering or impairing effect. The second-most famous compound in the cannabis plant is cannabidiol, or CBD. CBD is not psychoactive, meaning it doesn’t cause a high or mild-altering impact.
In the US, marijuana is the most used illegal substance, with around 48.2 million users. People ingest cannabis in various ways. For instance, some people use the dab pen to consume cannabis, while others smoke it. Some people use cannabis as an ingredient in beverages, topical, tinctures, and food.
The way a person ingests cannabis also affects their body differently. For instance, when a person smokes cannabis, the smoke goes to the lungs, after which it enters the bloodstream and eventually goes to body organs like the brain. Cannabis effects can start within seconds or minutes.
Drinking or eating a cannabis-containing product means the compounds pass via the digestive system, the liver, and the bloodstream. The effects can appear within minutes or hours. The impacts of cannabis on human health have been an ongoing debate. Here are some of the effects of cannabis on your health.

Smoking cannabis can lead to lung and bronchial passages irritation. Like tobacco, cannabis smoke has toxic chemicals like hydrogen cyanide and ammonia. Therefore, a regular cannabis smoker can cough, wheeze, and produce phlegm. Also, they have a higher risk of lung and bronchitis infections. Cannabis smoking can also aggravate an existing respiratory diseases like cystic fibrosis and asthma.
Cannabis smoking can also increase the lung cancer risk due to the carcinogens in the smoke. But the National Institute of Drug Abuse reports that evidence that marijuana smoke can cause lung cancer is inconclusive.

Some people use cannabis to ease inflammation and pain and control seizures and spasms. However, marijuana can affect the central nervous system in the long term. THC triggers the brain to release dopamine in large amounts. Dopamine is a feel-good chemical that occurs naturally in the body. This chemical creates a pleasant high upon release and can heighten time and sensory perception.
The dopamine cycle is why a significant percentage of some users develop a cannabis use disorder. Severe cannabis addiction occurs, but it is relatively uncommon. Attempts to withdraw from cannabis caused symptoms like:
• Appetite loss
• Insomnia
• Irritability
THC can also change how users process information in the hippocampus, impairing their judgment. This brain part is responsible for memory. Therefore, forming new memories when high becomes difficult for some people. While using the best wax vaporizer could lower the dangers of smoking cannabis, the effect on the central nervous system could be the same. Large cannabis doses or THC concentrations can cause delusions or hallucinations. Some health experts have also linked cannabis use with mental illnesses like anxiety and depression.

Animal studies have indicated that THC can adversely impact the immune system. Essentially, marijuana can suppress the immune system, making a person more susceptible to some infectious diseases. Nevertheless, this could benefit individuals with autoimmune illnesses whose immune systems are overactive. Regardless, further research is necessary to understand this impact.

THC takes minutes to move from the lungs to the bloodstream and eventually throughout the body. When a person ingests cannabis, the heart rate can increase by up to 50 beats within a minute. And this rapid heart rate could continue for 3 hours.
Consequently, ingesting cannabis increases the oxygen demand for the heart. A person with heart disease risks getting a heart attack when this happens. Bloodshot eyes are among the telltale signs of cannabis use. And this happens because cannabis causes the expansion of the blood vessels, filling them with more blood.
Also, THC lowers the eyes’ blood pressure, with can cause glaucoma symptoms for some hours. Nevertheless, additional research is necessary to determine whether THC has long-term benefits for people with glaucoma.

Maybe you have heard people talk about munchies after using a dab vape pen. Some people feel the urge to eat more after using cannabis. Some reports insinuate that increased appetite could help cannabis users gain weight to diseases like cancer and AIDS. Treatments for some of these illnesses lead to significant weight loss in some people. Nevertheless, further studies are necessary to determine the safety of this effect and how it works.
Some studies have shown that THC can ease nausea, especially when it’s a symptom of cancer treatment, chemotherapy. For some people, stomach-settling effects are better when people use cannabis rather than THC alone. Perhaps, that’s because of the other chemicals that improve THC’s effects. However, long-term cannabis use could have the opposite effects, including vomiting, and regular users can develop cannabinoid hyperemesis syndrome, causing frequent vomiting.

Cannabis use has shown several potential health benefits. While smoking marijuana could cause lung inflammation, cannabinoids have demonstrated the potential to lessen the tissues’ swelling. For this reason, a person can invest in a quality dab pen to vaporize cannabis instead of smoking it. Also, research has shown that cannabis and drugs with it can lessen seizures in epileptic individuals. For this reason, the FDA has approved Epidiolex, a drug made from cannabidiol. Cannabis and THC pills have the potential to relieve chronic pain. This substance attaches to cannabinoid receptors in the brain. Research has suggested that CBD oil can ease pain from nerve damage, muscle spasms, arthritis, and other causes.

Cannabis has several potential long-term and short-term effects on your health. Also, this substance has potentially positive and negative effects. While cannabis proponents believe that the plant is a cure-all, others think it has more negative effects and possible medicinal benefits. Although humans have used marijuana for recreational and medicinal purposes for years, only a few states have legalized it. With these potential effects in mind, talk to your healthcare provider before using cannabis for any health condition.

Read Also: Here Are The Medical Uses Of THC Explained