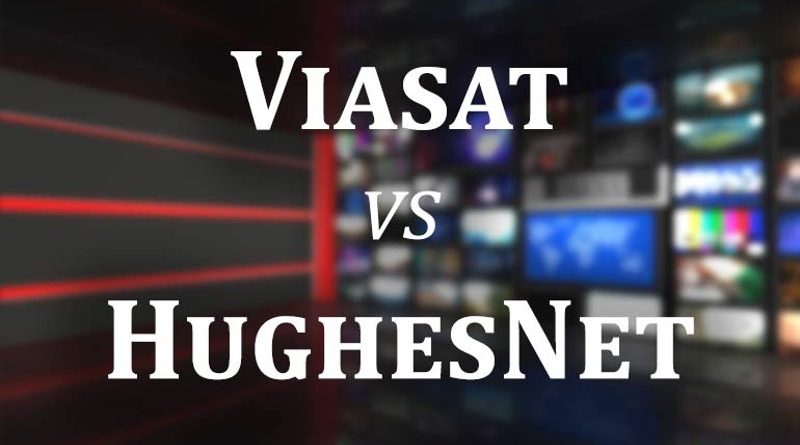 Americans living in rural areas and less populated parts of the United States only have limited options when it comes to the internet. Unlike urban areas and capital cities that enjoy cable and fiber internet, most of these less densely populated parts of the country only have access to satellite internet. Still, well-known satellite internet providers, like HughesNet and Viasat, can offer their service anywhere, which is one of their greatest perks.

These two leading providers have been in a head-to-head battle even when the competition became even harder with the launch of Elon Musk’s Starlink satellite internet. However, the availability of Starlink is significantly lower than the HughesNet and Viasat, making it one of the least choices for satellite internet.

Choosing between HughesNet and Viasat can be challenging, especially with almost identical products with unique features of their own. Let’s dig into these two satellite internet giants before making a decision.

Viasat internet generally costs more than HughesNet, but the plans usually come with more data. The data allowances of Viasat range from 40GB to 150GB with speed options of up to 12Mbps, 25Mbps, 50Mbps, and 100Mbps. In some areas, you might even get faster internet speed than in other locations.

After three months, you might want to keep an eye out for a price increase, especially if you’ve subscribed to a high-data and high-speed internet plan. Viasat’s internet plans typically come with a two-year contract, leaving you stuck with some costly payments of up to $100 per month for the next 21 months.

HughesNet’s monthly data allowances range from 15Gb to 100GB, slightly lower than the data allowance of Viasat. However, you are given the option to add as much data as you need throughout the whole month. Moreover, all of their plans are unlimited, allowing you to stop worrying about overage fees for exceeding your monthly limit. Unfortunately, you will have to face significantly lower speeds if you choose not to pay for extra data.

HughesNet and Viasat: Plans and Prices

Plans and prices are two of the dealbreakers in the HughesNet vs. Viasat battle. Both of them offer four internet plans. At first, you will notice that HughesNet’s cheapest plan significantly costs lower than Viasat’s cheapest plan. However, Viasat’s fastest plan is incredibly much faster than HughesNet. Let’s get into the details of their plans and prices.

The promo period for these two major satellite internet providers is shorter than the twelve months you typically get from cable and fiber internet providers. Viasat offers the promo for only three months before charging a higher monthly fee, while HughesNet cuts the 12 months in half before bumping the price up. On the other hand, HughesNet has a more expensive equipment fee compared to Viasat. For the one-time installation fee, both providers ask for $100 for installation.

Both providers also require a two-year contract, but the early termination fees significantly vary. With HughesNet, you might need to pay up to $400 if you cancel your contract within three months. But with Viasat, you can forgo the two-year contract by paying $300 upfront free at the beginning of the service. Paying that early fee will only save you $45 after the first month of your internet service. When comparing the two based on their early termination fees, HughesNet may be a better option, especially with its known reliability and consistency.

When it comes to the availability of HughesNet and Viasat, they are both similar. They currently offer their satellite internet across all 50 states, making them the only major internet service providers that have the most coverage in the country. Unlike cable and fiber internet, satellite internet does not rely on ground-laid cable or cellular towers to operate, making it ideal for rural areas and less densely populated parts of the country. With satellite internet, you will only need a satellite dish at your property, usually installed by your internet service provider, to allow you to connect to their satellites above the Earth.

If you live in a rural area in the United States, you are likely familiar with HughesNet and Viasat. While these two major satellite internet providers are dominating their field due to the lack of other internet connection types in these locations, you still have to choose wisely as you might get tangled with hefty fees you are unprepared for. They both offer great internet plans, but the final decision boils down to your needs, preferences, and location. It’s also best to get in touch with the two providers to gain better insight into what they can offer you.

Read Also: How to Choose the Best Internet Plan for Your Business